< Wiki‎ | Building
Edit
watch 01:25
Jurassic World: Dominion Dominates Fandom Wikis - The Loop
Do you like this video?
Play Sound
This article is a stub. You can help Stormworks: Build and Rescue Wiki by expanding it.

Microcontrollers are user-built devices that can perform complex logic through the use of logic gates.

Generally speaking, microcontrollers are the go-to way to solve more complex problems and automate your vehicle, whether it be calculating the percentage of fuel remaining or automatically piloting your vehicle from waypoint to waypoint. Although it is possible to do almost everything that you can do in a microcontroller using the discrete gates in the inventory screen, it is vastly more space and mass efficient to use a microcontroller. Furthermore, microcontrollers have access to LUA gates for programming more complex behavior or drawing an interface for a display or HUD block. 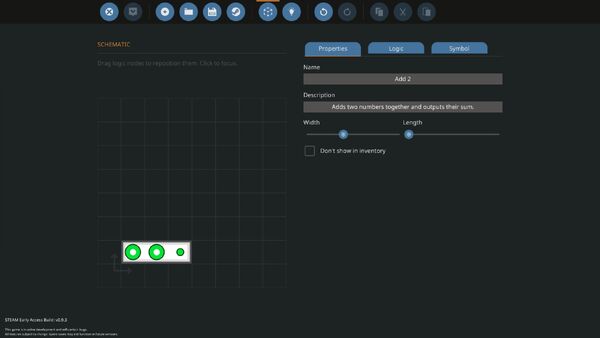 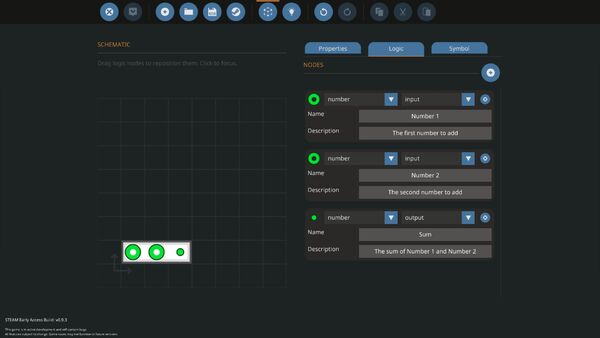 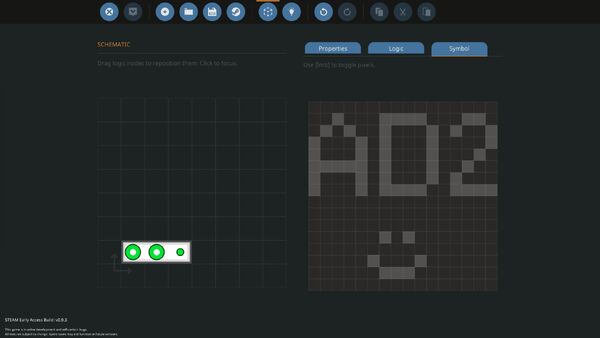 The symbol tab contains a 16x16 grid of pixels which can by toggled on and off by clicking on them. This picture is what will be shown when the microcontroller is in your block list in the vehicle editor. Although this is not required, it is generally good practice to draw an image so that the microcontroller stands out in the inventory screen. The image to the right shows how the symbol tab may look for a microcontroller that adds two numbers together. 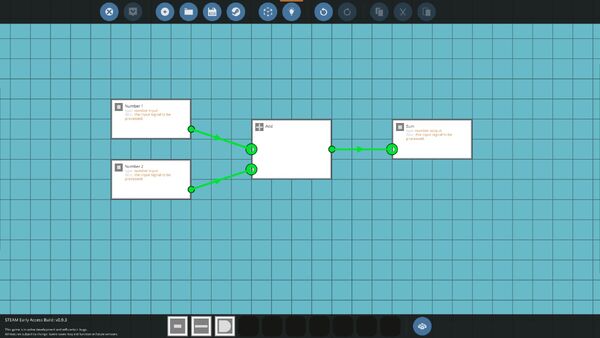 Moving over the the logic screen, you can see a large grid that contains any nodes you have added to your microcontroller. Here is where you connect your inputs and ouputs to various logic gates in order to achieve some desired effect. Logic gates can selected and placed by pressing tab, clicking on a logic gate, and left clicking anywhere on the grid. Just like with vehicle logic, the logic gates and input and output nodes can be connected together by connecting the colored dots. The image to the right shows how you might do the logic for a microcontroller that adds two numbers together.

Once you are done making a microcontroller, save it and then exit back to the vehicle editor. Now that you have saved the microcontroller you can find it in your inventory and place on your vehicle.

The logic stored in a microcontroller is evaluated every ingame tick (1/60th of a second), and every gate within the microcontroller is simultaneously evaluated based on their current input values. In effect, this means that a signal cannot propagate faster than one gate per tick in a microcontroller. This can be seen experimentally by connecting a button to the On/Off input of a microcontroller and a light to the On/Off output of the microcontroller, and then putting 60 OR gates between the input and the output within the microcontroller. If timed, it will take exactly one second for the light to turn on after hitting the switch, and exactly one second for it to turn off after releasing the button. For multiple microcontrollers connected in serial, the total latency of a signal will always be the total number of gates it passes through: going from one microcontroller to another does not add any additional latency*. Although most microcontrollers are more complex than just a straight line of OR gates, the way you find the latency of a signal is the same: count the number of serial logic gates the signal must pass through to reach its destination. It is imperative that latency is minimized for time critical applications such as using PIDs to control your vehicle, particularly with aircraft. To this end, it is worth noting that the LUA gate, like all gates, only takes a single tick to calculate, and so it is ideal for quickly performing complex and time-critical calculations.

*The one exception to this rule is in the case where the input connects directly to the output in the microcontroller logic. In this case it will still take 1 tick to update even though the signal does not pass through a logic gate.

Once repaired, the microcontroller will be returned to the state it was in before it was damaged. Unfortunately, this also means that any Lua blocks which have entered an error state (yielding a blue screen error message on any connected monitor) cannot be rebooted even by damaging and repairing the microcontroller. To fix errors of this sort, the vehicle would need to be returned to the workbench editor.